daajis.com:- The president of African football’s ruling body, Ahmed Ahmed, has arrived in Somalia’s capital Mogadishu on Monday and will spend one night in the country.

Caf president is expected to demand for the withdrawals of African Union troops from the country’s national soccer facility, Stadium Mogadishu when he meets with Somali Prime Minister, Hassan Ali Kheyre, later on and the day.

During his official visit to the country, CAF president will visit the country’s three main stadiums and will address members of the national team who are currently in training prior to their departure to Djibouti to face South Sudan in the preliminary round of African Nations championship qualifiers. 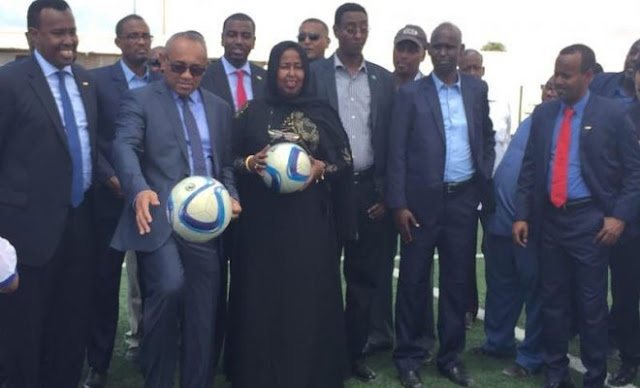 CAF president, Ahmad Ahmad, has become the highest-ranking football leader ever to arrive in Somalia and his arrival in the country is seen as an encouraging step for the football-loving country which is now recovering from decades of wars and unrest.