Home » News » France, Germany and Luxembourg confiscate the assets of the head of the Central Bank of Lebanon

France, Germany and Luxembourg confiscate the assets of the head of the Central Bank of Lebanon

France, Germany and Luxembourg confiscate the assets of the head of the Central Bank of Lebanon

daajis.com:-On Monday, the European Justice Agency said that France, Germany and Luxembourg confiscated property and froze assets worth 120 million euros ($130 million) in a major operation linked to money laundering in Lebanon.
The seizures are linked to an investigation launched last year by French investigators into the personal wealth of Riad Salameh, head of the crisis-stricken Central Bank of Lebanon.
“Five properties in Germany and France were confiscated, as well as several bank accounts,” Eurojust said in a statement.
The Hague-based Eurojust said the operation on Friday was directed against five individuals suspected of embezzling public funds in Lebanon of more than $330 million and five million euros, respectively, between 2002 and 2021.
A source close to the investigation told AFP that the five suspects are Salameh, a former Merrill Lynch banker, and members of his family.
Judicial sources said prosecutors are investigating Salameh’s alleged links to a criminal association and money laundering, following a similar move by Switzerland.
Last week, a Lebanese judge accused Salameh of “illegal enrichment” and money laundering after he failed to appear in court for the fifth time. 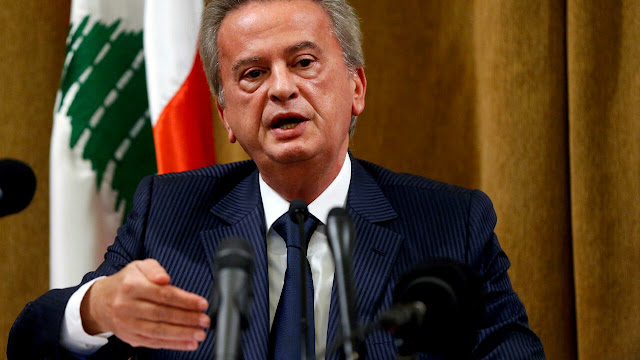 Legal proceedings against Salameh began after complaints filed by anti-graft groups in April last year, with the support of a group of Lebanese citizens who have lost their money since the crisis that hit the country in 2019.
Friday’s confiscation includes three properties in Germany worth 28 million euros in addition to other assets worth seven million euros.
In France, two properties in Paris worth 16 million euros and a bank account worth 2.2 million euros were confiscated.
In Luxembourg, about 11 million euros were frozen in another bank account, Eurojust said.
The agency did not give any details about the suspects, saying, “They are presumed innocent until proven guilty.”
In office since 1993 and praised by political and business leaders, Salameh has been repeatedly accused by the government of former interim Prime Minister Hassan Diab of being responsible for the collapse of the Lebanese pound.
The Lebanese public suspects that he and other senior officials transferred funds abroad during the 2019 uprising, when ordinary people were prevented from doing so.
The 71-year-old financial official has defended himself, saying he believes he has become a scapegoat for the Middle Eastern country’s financial problems.
His lawyers also demanded the opening of a judicial investigation, saying it would “give us access to the file” whose contents “we completely contradict”.
“We will exercise full remedies” in this case, said Pierre-Olivier Sur, French safety lawyer.
(AFP)