daajis.com:- Space Transportation, a Chinese aerospace company, has announced plans to build a hypersonic plane that can fly from Shanghai to New York in just two hours. Whereas usually a flight from Shanghai to New York will take about 15 hours on a Boeing 777.
This plane with a capacity of 12 passengers has a different take-off and landing mechanism from ordinary planes in order to fly faster.
The plane, made by Space Transportation, will take off vertically via a rocket module adjacent to both sides of the plane. Imagine the launch process is similar to launching a rocket into space.
After taking off and reaching a certain altitude, the aircraft will disengage from the module and fly normally. After arriving at the destination airport, the aircraft will also land vertically, with the rear or tail first touching the ground.
Space Transportation is scheduled to conduct its first test flight on this aircraft in 2023. It is planned that the tests will be carried out without a pilot and aim to understand the various aspects and techniques required to carry out this type of high-speed flight on a larger scale. 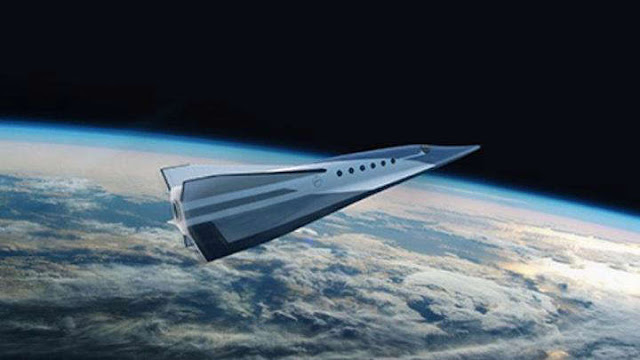