daajis.com:- The special forces of the Chechen Republic, also known as the Kadyrovtsy, are one of the troops that Russia relies on for its invasion of Ukraine. Chechen Muslim troops were also deployed since the beginning of the Russian attack.
Reported by VIVA Military from Sputnik, Chechen troops have just succeeded in capturing the city of Mariupol.
The President of Chechnya, Lieutenant General Ramzan Kadyrov, released a video showing Chechen military action in occupying Mariupol.
"Our troops are actively attacking the Azovstal metallurgical plant, where the remnants of the national battalion militia are taking refuge. We can see tactical quadcopters monitoring the area, identifying and shooting at the enemy," Kadyrov said.
It turns out that the success of the Chechen Muslim troops in capturing Mariupol did not make Putin forget that it is now the month of Ramadan.
As a form of respect for Chechen Muslim troops, President Vladimir Putin banned his troops from fighting during Ramadan.
Putin knew full well that the entire Chechen army would fast in the midst of war. 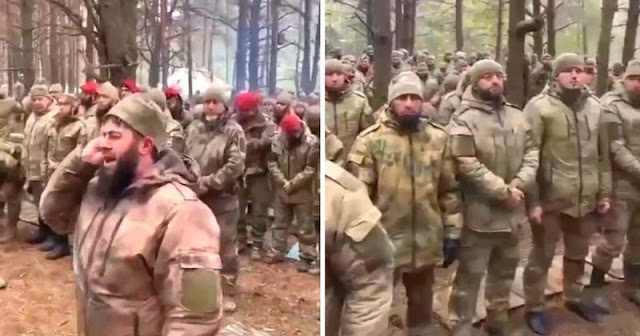 Putin is worried that thirst and hunger will affect the capabilities of the Chechen troops, which will be very risky. Putin's order was confirmed directly by Kadyrov, as the supreme military leader of Chechnya.

"President Putin asked me to suspend my work (fighting with Russian troops in Ukraine) during Ramadan. Because hunger and thirst affect my abilities," Kadyrov said.