daajis.com:- The Armed Forces of Ukraine (ZSU) have finally used advanced British-made weapons for the first time, in the war against Russia. Is a Starstreak air defense missile that is rumored to have destroyed a Russian military helicopter.
In a report quoted by VIVA Military from the Independent, a helicopter of the Armed Forces of the Russian Federation (VSRF) has been shot down by Ukrainian troops with a Starstreak missile.
The British media reported that the British Ministry of Defense had confirmed the news. Although, until this news was revealed the British Ministry of Defense had not given an official statement.
VIVA Military reported in the news Tuesday 29 March 2022, the British Minister of Defense, Ben Wallace, stated that Ukrainian troops had completed an exercise in the use of this short-range air defense missile.
"One of the biggest challenges is that the more sophisticated a weapon system you are, the more training you will need to use it," Wallace said.
Wallace also said the missile made by Thales Air Defense based in Belfast, Northern Ireland, was the fastest missile in the world.
This missile is capable of traveling at a speed of 5,000 kilometers per hour, and can destroy targets as far as 7 kilometers. Not only can it be used manually personally, this missile can also be launched from a vehicle or from a ground launcher. 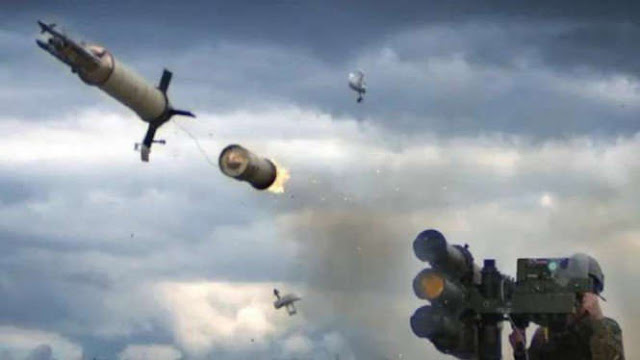 During the five-week Russian invasion, Britain is believed to have sent 10,000 missiles to support the Ukrainian resistance. In addition to anti-aircraft missiles, Britain has also deployed thousands of anti-tank missiles.