daajis.com:- Authorities in the UAE arrested two of Interpol’s most wanted suspects over charges of political corruption and money laundering committed in South Africa under former President Jacob Zuma, it was confirmed on Tuesday.
In a statement, Dubai Police said Atul and Rajesh Gupta were arrested “in connection with money laundering and criminal charges in South Africa.”
The Indian-born pair, and their brother Ajay, fled South Africa in 2018 around the same time Zuma resigned amid allegations he had overseen massive levels of corruption at state-owned companies.
At that time a judicial commission had been launched, investigating their involvement in corruption.
Dubai Police said the arrest was made after receiving “a red notice” against the two brothers from the Interpol.
“The force has coordinated with the authorities in South Africa regarding the extradition file to complete the legal procedures,” Dubai Police added.
The police did not immediately acknowledge Ajay Gupta’s whereabouts.
Arab News contacted Dubai Police, but no further information was provided. 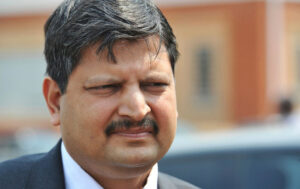 The two brothers are accused of using connections with Zuma to win contracts, misappropriate state assets, influence cabinet appointments, and siphon off state funds, charges that they denied.
The US Treasury Department placed the three Gupta brothers on a sanctions list in 2019, accusing them of being “members of a significant corruption network.”
That forbids US entities from conducting business with them or handling their assets.