daajis.com:- An UN agency is seeking 825 million U.S. dollars in the first half of 2017 to reach 5.5 million Somalis with life-saving assistance and livelihood support.

The UN Office for the Coordination of Humanitarian Affairs (OCHA) said a large scale-up of the drought response in February and March can help prevent the worst-case humanitarian scenario and save lives and livelihoods.

“This will also help preserve important gains made in recent years,” OCHA said in its Operational Plan for Famine Prevention released on Sunday.

The ongoing drought and other shocks have left communities that have already been battered by decades of conflict with little to no resources to fall back on, the UN agency said in a news release.

The drought has dramatically pushed up prices of water and locally produced food, and thousands of people are on the move in search of food and water.

“The humanitarian situation in Somalia is rapidly deteriorating and famine is a strong possibility in 2017. This comes only six years after a devastating famine led to the death of more than 250,000 people — half of them children,” said OCHA. 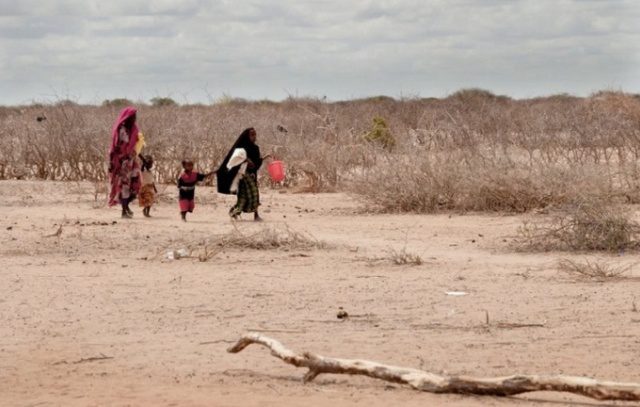 The severe drought is a result of two consecutive seasons of poor rainfall. In the worst-affected areas, large-scale crop failure and high levels of live-stock deaths are reported.

“Malnutrition and drought-related diseases are on the rise, so are displacements, including to Ethiopia. Increasing competition for resources such as water is already increasing local tensions and could trigger further inter-communal conflict,” it said.

Over 6.2 million people, or half of the country’s population, are reportedly in need of humanitarian assistance.