daajis.com:- Saudi Arabia and three allies boycotting Qatar have agreed to a request by Kuwait to extend by 48 hours Sunday’s deadline for Doha to comply with a set of demands, according to a joint statement on Saudi state news agency SPA.

Kuwait had received a response by Qatar to a list of 13 demands presented to it by a Saudi-led bloc of Arab countries, Kuwait’s state news agency KUNA said on Monday.

Without stating whether Qatar had rejected the ultimatum as was widely expected, KUNA said Kuwait’s Emir Sheikh Sabah Al Ahmad Al Jaber Al Sabah asked Saudi Arabia and three other countries that have boycotted Qatar to grant it a 48-hour extension. Kuwait is mediating in the crisis.

Saudi Arabia, the United Arab Emirates (UAE), Bahrain and Egypt severed diplomatic ties with Qatar and imposed sanctions on it on June 5, accusing it of supporting “terrorism”. The allegation is rejected by Doha.

After more than two weeks, the four countries gave Doha a 10-day ultimatum, which expired on Sunday night, to comply with a 13-point demand list in exchange for the end of the anti-Qatar measures.

There was no other information about Qatar’s official response, but the Qatari foreign minister has already said that Doha would not meet the demands, saying the list “was meant to be rejected”.

Speaking on Saturday, the foreign minister said Doha offered instead “a proper condition for a dialogue” to resolve the Gulf crisis.

“Everyone is aware that these demands are meant to infringe the sovereignty of the state of Qatar, shut the freedom of speech and impose auditing and probation mechanism for Qatar,” he said during a visit to Italy’s capital, Rome.

But Saudi Arabia and its allies have insisted the demands were non-negotiable.

The foreign ministers of the four countries will meet on Wednesday in Egypt’s capital, Cairo, to discuss their next steps, according to a statement by the Egyptian foreign ministry. 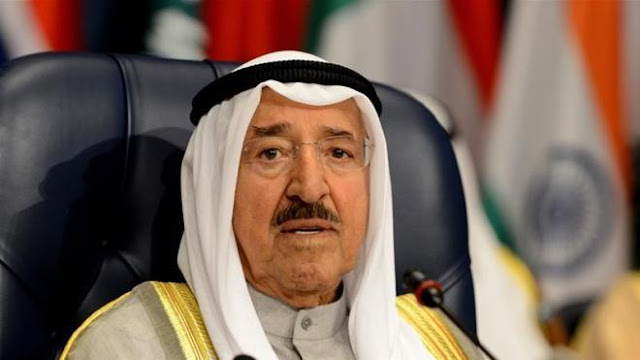 The UAE ambassador to Russia, Omar Ghobash, has previously said that Qatar could face fresh sanctions if it does not comply with the demands.

The demands submitted by Saudi Arabia and its allies included that Qatar shut down the Al Jazeera network, close a Turkish military base and scale down ties with Iran.

In the list, the four Arab countries also demand that Doha sever all alleged ties with the Muslim Brotherhood and other groups, including Hezbollah, al-Qaeda and ISIL (also known as ISIS), and pay an unspecified sum in compensation for what they claimed to be “loss of life and other financial losses caused by Qatar’s policies”. 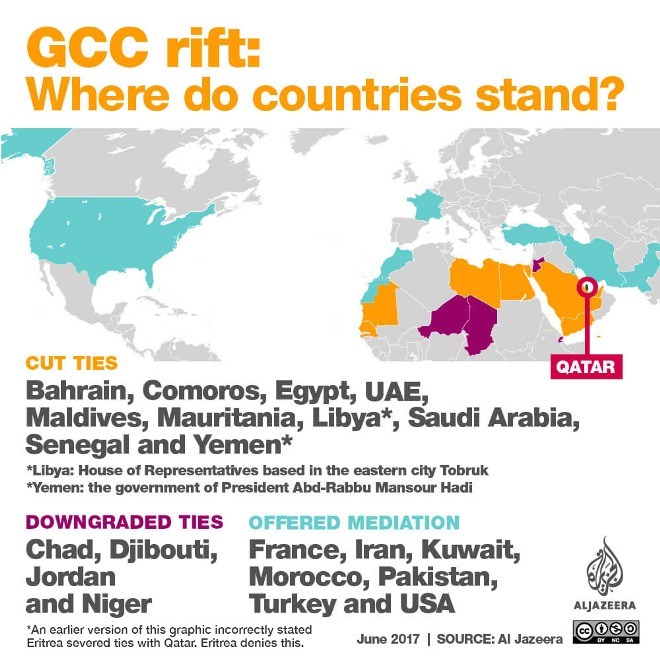 A US state department official said on Sunday that Washington encourages “all parties to exercise restraint to allow for productive diplomatic discussions. We are not going to get ahead of those discussions. We fully support Kuwaiti mediation”.