daajis.com:- The ministers of posts and telecommunications of Somalia and Djibouti, H.E. Abdi Ashur Hassan and H.E. Abdi Youssouf Sougueh, have issued a joint statement on a four-day official visit of Somalia minister to Djibouti.

The main purpose of the minister and his delegation’s four-day visit was to strengthen the bilateral cooperation between the two countries in the areas of posts and telecommunications.

The following are the major points of the joint statement: 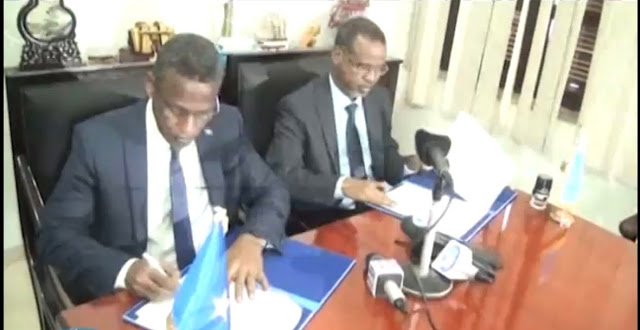 “To act proactively we need to move forward with the discussions of another cable. And Djibouti is a good partner in this regard because eight submarine fiber optic cables land in Djibouti,” added the minister.