The Turkish Ambassador to Somalia, Olgan Bekar arrived in Mogadishu on Wednesday with members of the Turkish Armed Forces who are involved in the opening of the military facility.

According to Turkish media, the military base will be located in the Jazeera district on the outskirts of Mogadishu. 200 Turkish troops will train up to 10,000 soldiers at a time who will be housed in any one of three military schools.

Construction on the 400-hectare military base began in March 2015 and cost close to $50 million. 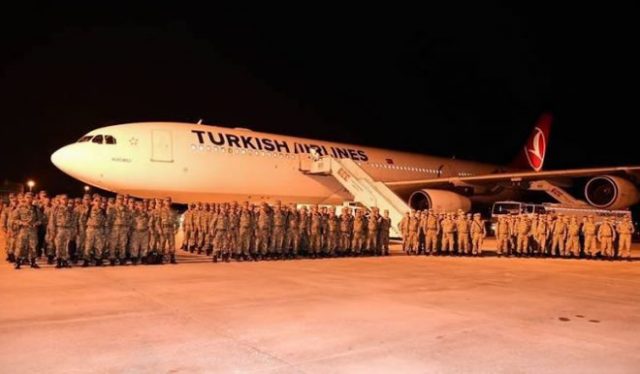 Turkey has been active in Somalia since 2011 when Turkish President Recep Tayyip Erdogan made a surprise visit to the east Africa nation. Since then, Turkey has spent almost $1 billion in aid and assistance to Somalia, according to the Mehmet Şimşek, Turkey’s deputy prime minister. Last week, a Turkish Airlines plane carried more than 60 tons of food aid to Mogadishu.