daajis.com:- Turkish President Recep Tayyip Erdogan said on Tuesday (15/3/2022), he had sent Foreign Minister Mevlut Cavusoglu to Moscow and Kiev this week. This diplomatic envoy is part of Turkey's mediation efforts to secure a ceasefire in Ukraine.
"I sent my foreign minister to Russia tonight. He will hold talks in Moscow tomorrow, and travel to Kiev on Thursday (17/3/2022)," Erdogan said after a cabinet meeting.
This NATO member shares maritime borders with Ukraine and Russia in the Black Sea. Ankara has good relations with the two and has offered to mediate issues by having voiced support for Ukraine, but also against sanctions against Russia.
Erdogan also said he would meet Polish President Andrzej Duda for talks in Ankara on Wednesday (16/3/2022). Turkey, he said, had become a symbol of hope after hosting the foreign ministers of Russia and Ukraine last week for the first high-level talks between the warring parties. Although the talks at the Antalya resort did not produce tangible results.
Ukraine said over the weekend that it had worked with Turkey and Israel as mediators. They are tasked with setting the place and framework for negotiations with Russia
While it maintains close ties with Russia on energy, defense, trade and relies heavily on Russian tourists, Turkey has also sold drones to Ukraine. Turkey also opposes Russia's policies in Syria and Libya, as well as the annexation of Crimea in 2014. 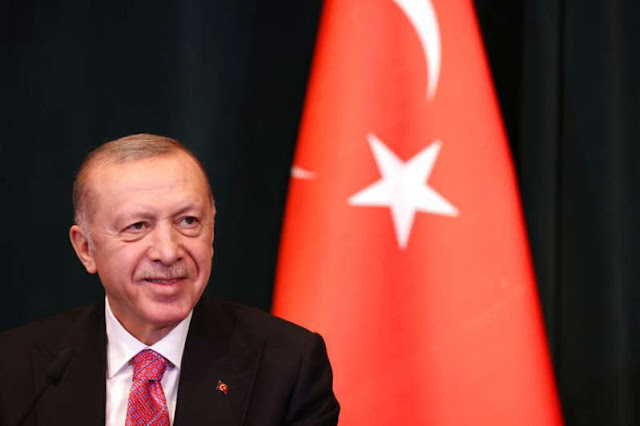 Erdogan has repeatedly said Turkey will not abandon its relations with Russia or Ukraine. He said Ankara's ability to talk to both sides was an asset.