daajis.com:- The United States, Britain, France, Albania, Norway and Ireland have requested an emergency meeting of the United Nations Security Council on Thursday due to the deteriorating humanitarian situation in Ukraine, diplomatic sources said.
The request came after US President Joe Biden on Wednesday called Russian President Vladimir Putin a “war criminal,” in comments the Kremlin called “unacceptable and unforgivable.” Follow our live blog for all the latest developments.
President Joe Biden called Russian President Vladimir Putin a “war criminal” on Wednesday, prompting an immediate angry reaction from Russia. France’s counter-terrorism prosecutors have opened a war crimes investigation into the killing of French-Irish photographer Pierre Zakrevsky, who was shot near Kyiv while covering the war in Ukraine, an official statement said Wednesday.
US President Joe Biden said on Wednesday that the United States is offering an additional $800 million in security assistance to Ukraine to combat the Russian invasion, with the new package that includes drones and anti-aircraft systems.
Russian President Vladimir Putin said on Wednesday that his military campaign in Ukraine had been a success and that he would not allow the country to become a “stepping stone” used to threaten Russia.
Ukrainian President Volodymyr Zelensky addressed the US Congress on Wednesday. Explosions rocked the western part of Kyiv early Wednesday, injuring two people and damaging apartment buildings in the Shevchenkivsky district, according to emergency services. Ukrainian President Volodymyr Zelensky said on Wednesday that peace talks with Russia appear “more realistic”.
Hours later, Russian Foreign Minister Sergei Lavrov said peace talks were “not easy” but added that there was hope for a compromise. Prime Ministers from Poland, the Czech Republic and Slovenia returned safely to Poland on Wednesday after making a dangerous train journey to Kyiv, where they met with President Zelensky and senior Ukrainian officials. 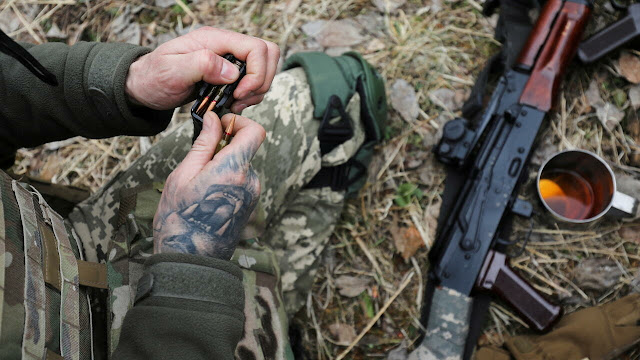 The United Nations High Commissioner for Refugees said on Wednesday that 3,063,095 Ukrainians have fled the country since the war began on February 24, a number up 93,495 since Tuesday’s update. About half of those born are children, said the United Nations Children’s Fund (UNICEF), follow our live updates below. If updates do not appear, please refresh the page.
Reuters