daajis.com:-Poland has expelled 45 Russians with diplomatic status accused of spying, the country's interior minister said on Wednesday.
Mariusz Kamiński said the spies were pretending to be diplomats and that Poland was "breaking up" Russian secret service agents in the country.
A number of EU countries, including Bulgaria and the Baltic states, have recently expelled Russian diplomats that they accused of spying.
Poland's domestic counter-intelligence agency said earlier in the day that they had identified 45 individuals who were involved in Russian intelligence projects that posed a threat to Poland's national security.
"The officers of the Russian secret services who use their diplomatic status to carry out intelligence activities violate the Polish law and the 1961 Vienna Convention," the agency said. 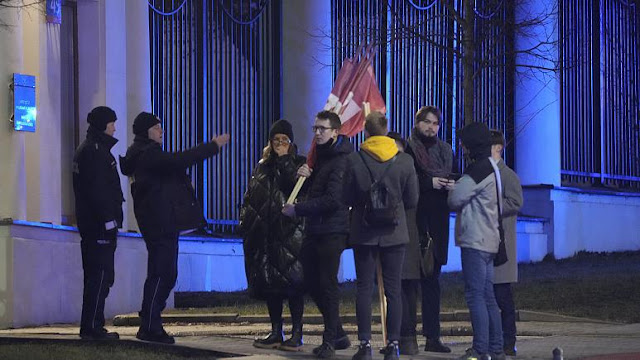 Their expulsion from the territory of Poland is requested by the Head of the ABW.
One of the individuals who was expelled is a Russian secret services officer "whose activity has been unveiled during an investigation that resulted in the arrest of a Polish national on suspicion of spying," the counter-intelligence agency's spokesman, Stanisław Żaryn, said.
The Polish individual, who was arrested on March 17, worked in the archives of Warsaw’s registry office, Żaryn said.