daajis.com:- World number one Ash Barty decided to retire from professional tennis at the age of 25 and at the height of her game, citing her tennis goals and exhaustion from life on the tour.
She retired with 15 titles, less than two months after winning the Australian Open, winning her third Grand Slam after Wimbledon 2021 and 2019 at the French Open.
“Ash Barty has so many dreams that she wants to chase after that doesn’t necessarily involve traveling the world, being away from my family, being away from my home, where I’ve always wanted to be,” Barty said in a video posted to her Instagram account.
“I’ll never stop loving tennis, it’s been a huge part of my life, but I think it’s important to enjoy the next part of my life as an Ash Party person, not an Ash Party athlete.”
She spent a total of 121 weeks ranked #1 in the world.
This is Barty’s second “retirement” from the sport, having walked away from the game as a teenager in late 2014 after being upset with the Tour. 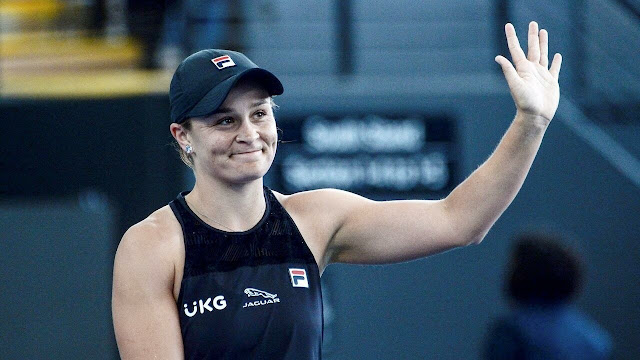 She returned in 2016 and quickly rose in the world rankings.
“I know I’ve done this before, but in a different sense,” she said in an Instagram video with her good friend and ex-partner Casey Dellacqua.
“I am so grateful for tennis, it has given me all my dreams, plus more, but I know now is the time for me to step away and chase other dreams and stop the rackets.”
WTA President Steve Simon paid tribute to the player who has become synonymous with good sportsmanship and won fans around the world for her outstanding tennis playing and calm demeanor.
“Ashley Barty with her signature backhand, complemented by being the ultimate contender, has always set an example with unwavering professionalism and sportsmanship in every match,” Simon said.
“With her accomplishments in the major tournaments and the WTA Finals, and reaching the top of the No. 1 ranking in the world, she has clearly established herself as one of the great champions of the WTA.”
(Reuters)