Macron: Phone conversations with Putin are not fun

Macron: Phone conversations with Putin are not fun

daajis.com:- French President Emmanuel Macron revealed he had had a telephone conversation with Russian President Vladimir Putin on Friday (8/4). However, Macron said the talks were unpleasant and worried him.
"It bothers me to talk to him (Putin), it's not fun. But what do we do? We have to prepare for a ceasefire," Macron said in an interview with French digital media platform Brut.
Macron did not go into detail as to why the conversation was unpleasant. He only revealed that his initiative to contact Putin was also prompted by the request of Ukrainian President Volodymyr Zelensky. Putin is known to refuse to talk to the Ukrainian leader.
“Every time I do (call Putin), I ask President Zelensky and each time, the Ukrainian president says: 'Talking with Putin is important to me. Do it, because I can't talk to him," Macron said.
Looking at the situation on the ground in Ukraine, Macron argues, hopes for a ceasefire appear dim. He also highlighted the alleged crimes and atrocities committed by Russian troops against civilians in the city of Bucha. According to him, it should not be left alone. 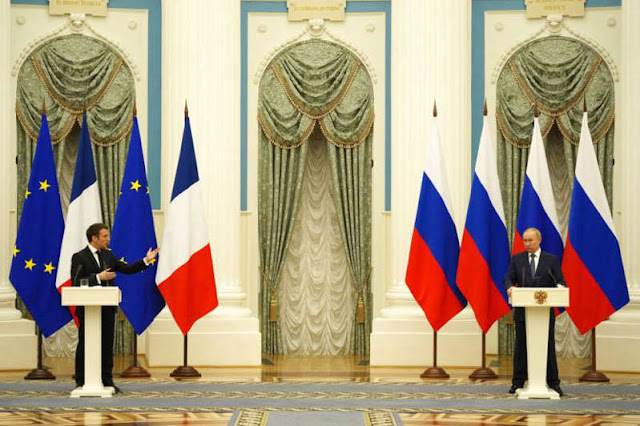 Macron's decision to contact and talk to Putin was criticized by Polish Prime Minister Mateusz Morawiecki. He viewed Macron's move as an attempt to "negotiate with Adolf Hitler". Macron had time to reply to the verbal attack. Macron labeled Morawiecki "a right-wing anti-Semite who bans LGBT people".