daajis.com:-Ukrainian President Volodymyr Zelensky said Russia would try to eliminate every trace of the crime of mass killings in the city of Bucha, Kyiv region. Zelensky said Moscow had taken a similar step in Mariupol, launching a series of bogus campaigns.
"They will do dozens of stage interviews, re-edit footage, and will kill people specifically to make it look like they were killed by someone else," Zelensky said in his daily presidential address, reported by Sky News, April 5, 2022.
On Monday, Zelensky visited Bucha in person for his first trip outside the capital, since the Russian invasion began nearly six weeks ago. Having previously said Russia carried out genocide in Bucha, Zelensky assured that Moscow was trying to distort the facts in addressing the issue.
At the same time, however, Zelensky believes such a move will not work. Because, "They will not be able to deceive the whole world," he added. "The time will come when every Russian will know the whole truth about who their citizen was killed. Who gave the orders. Who turned a blind eye to the killing. We will build all this up and make it known globally."
On Sunday, journalists reported bodies strewn across the town of Bucha. One of the victims had his hands tied with a white cloth and had been shot in the mouth.
Ukraine claims to have found 410 bodies in towns near Kyiv. The mayor of Bucha, Anatoliy Fedorouk, said 300 people had been killed by Russian troops when Chechen fighters seized control of the area.
As a step to investigate this case, the Ukrainian government is preparing an investigation into possible war crimes by Russia. Meanwhile, Russia on Sunday denied its forces were responsible for the civilian deaths in the city of Bucha and said Ukraine had put on a show for Western media. 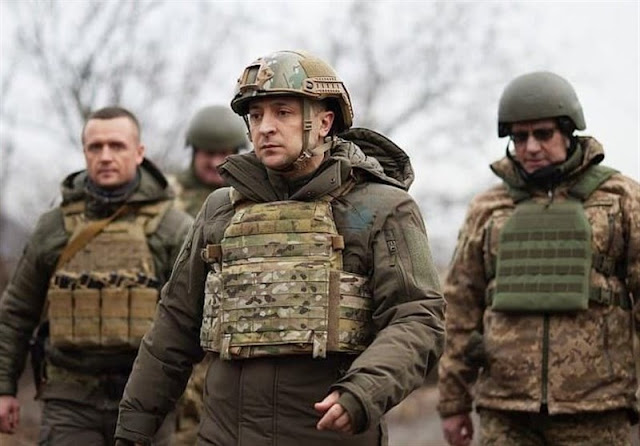 Western countries are united in condemning Russia's action, which began on February 24. With the Bucha incident, the West agreed to add to the sanctions already imposed on Russia.