Home » English News » News » Finnish PM on Plans to Join NATO: For the Security of Our Citizens

Finnish PM on Plans to Join NATO: For the Security of Our Citizens

Finnish PM on Plans to Join NATO: For the Security of Our Citizens

daajis.com:- This was conveyed by Marin in his conversation with Japanese Prime Minister Fumio Kishida in Tokyo, Wednesday (11/5/2022).
"I informed Prime Minister Kishida of our plans to possibly apply for NATO membership," Marin told a news conference after the two leaders met in Tokyo.
"If Finland makes this historic step, it is for the security of our own citizens. Joining NATO will strengthen the entire international community and uphold our shared values," he explained.
Russia's invasion of Ukraine has prompted Finland and neighboring Sweden to consider applying for NATO membership.
Previously, these two countries believed that the best way to maintain the peace and security of their countries was not to be part of either party openly. However, Russia's invasion of Ukraine changed that view.
"Russia's war against Ukraine has not only changed the European security environment but also the global security environment," said Marin.
Finnish President Sauli Niinisto is expected to decide whether his country will apply for membership to NATO on Thursday (12/5/2022).
Marin, in his statement, also emphasized that Russia's "special military operation" in Ukraine was a flagrant violation of international law and the UN charter.
"The atrocities against civilians continue. This is unacceptable from any country and moreover from the permanent members of the Security Council," he said.
Prime Minister Kishida said he and Marin had agreed that attempts to change a country's status quo by force were unacceptable in any part of the world. 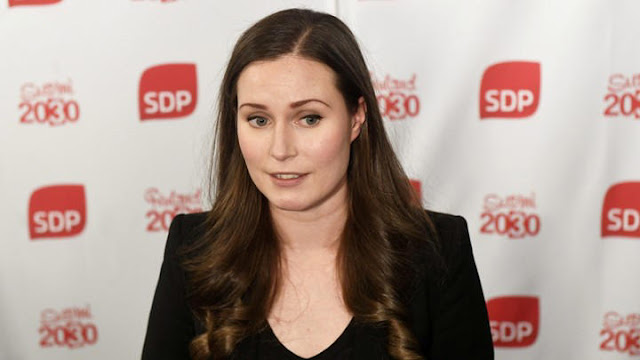 Kishida's statement not only refers to Ukraine, but also indirectly alludes to China's attempts to claim Taiwan.