daajis.com:- Sweden and Finland are predicted to have the same fate as Ukraine if they are determined to join the North Atlantic Treaty Organization (NATO).
This is after Russia issued new threats against the two countries.
It is known, the plan to join Finland and Sweden to NATO makes Russian President Vladimir Putin very angry.
In fact, if the two countries join NATO, then Vladimir Putin is said to be launching nuclear weapons at European borders.
The reason is that the joining of the two countries is considered to be able to make NATO more flexible in its military base in the two European border countries.
Conditions that are considered to be a threat to Russia.
Hence Putin threatened to use tactical nuclear weapons on European borders, when NATO bases appeared in Sweden and Finland.
As is known, Russia is attacking Ukraine because it wants to join NATO.
Similar conditions can be experienced by Sweden and Finland.
Russian state television said Moscow would allow deploying tactical nuclear weapons across European borders if Finland and Sweden allowed military bases on their territory after joining NATO.
The Swedish Social Democrats yesterday said they had dropped their opposition to previous NATO membership.
This was stated hours after Finland confirmed its intention to join NATO. 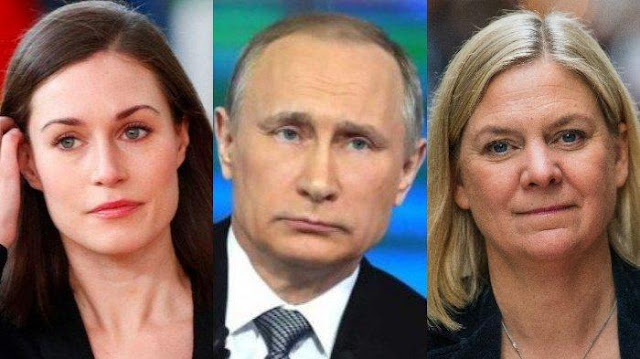 Sweden will certainly follow in the footsteps of Finland.