Why US strategy to counter Chinese ‘threat’ is raising heat

Why US strategy to counter Chinese ‘threat’ is raising heat

daajis.com:- The US strategy to counter what Washington says is a Chinese threat to global order is raising heat on its target, and worry among some of Washington’s allies over its little speak on trade.
This week, the Chinese Foreign Ministry released what it called a ‘reality check’ on Washington’s earlier publication of its ‘approach on the People’s Republic of China.’ And Beijing claims the US was elevating its internal laws to the global stage while viewing international law only “as it sees fit.”
The US late last month tabled the ‘Approach’, arguing it wasn’t about containing any world powers but seeking to upholding and enhancing international order including rule-based system and respect for human rights as indicated in the UN Charter.
The policy document came after US President Joe Biden visited South Korea and Japan.
US Secretary of State Antony Blinken said in the Policy that “the most serious long-term challenge to the international order – and that’s posed by the People’s Republic of China,” even though he admitted Beijing was a relevant power to the world economy.
“China is the only country with both the intent to reshape the international order and, increasingly, the economic, diplomatic, military, and technological power to do it.  Beijing’s vision would move us away from the universal values that have sustained so much of the world’s progress over the past 75 years.”
According to Washington, China has benefited from a free world but was violating the same agreements, principles and institutions it benefited from.
“Under President Xi, the ruling Chinese Communist Party has become more repressive at home and more aggressive abroad.
“We see that in how Beijing has perfected mass surveillance within China and exported that technology to more than 80 countries; how its advancing unlawful maritime claims in the South China Sea, undermining peace and security, freedom of navigation, and commerce.”
That Policy, which targeted the Asian allies in a show of support under the Biden administration, has been met with a counter offer. Beijing this week said the US itself has violated global rules, including invading other countries. 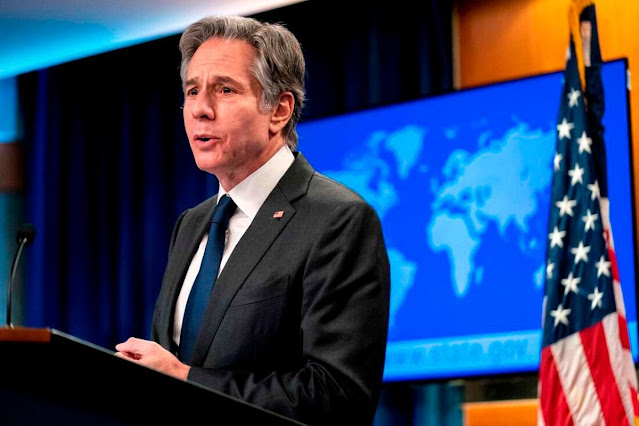 “The US has blatantly violated the purposes and principles of the UN Charter and the norms governing international relations,” said a document from the Chinese Ministry of Foreign Affairs, publicised this week but dated June 19.
“The US habitually puts its domestic law above the international law, and selectively applies international rules as it sees fit...the US might as well be called the most belligerent country in the history of the world.”
But even as Beijing countered, some worry US counter strategy was ignoring key components that have made China rise globally, including trade.
The US launch of the Indo-Pacific Economic Framework for Prosperity (IPEF), argued The Hong Kong Post in an editorial initially published in Japanese, had ignored a trade agreement even though the region “favours economic cooperation over conventional security cooperation and consider China as their major trading partner.” And even Washington officials themselves have admitted in the past that lack of serious economic engagements was giving China an edge.
The IPEF’s joint statement talked of negotiations for economic partnerships even though here was no binding requirement for those talks.
Meanwhile, China wants to be a member of major trading treaties in Asia-Pacific region, which the US has been reluctant to fully support. It has joined the Regional Comprehensive Economic Partnership (RCEP) and has sought to join the Comprehensive and Progressive Trans-Pacific Partnership (CPTPP