daajis.com:- The African Union Mission in Somalia (AMISOM) said on Tuesday that it has kicked off a three-day training of gender focal persons to help bring the soldiers into line with UN laws on human rights and gender equality.

AMISOM Gender Officer Major Bupe Chanda said the course was aimed at orienting the new officers on their roles as well as coordinating all gender issues in the sectors.

“This is part of capacity building for AMISOM officers and also for the Somali National Army (SNA). We have started with this one, then eventually we will train focal persons for SNA,” Chanda said in a statement issued in Mogadishu.

The offices from the new battalions that were recently deployed in all the five sectors of Somalia are taking part in the orientation course.

Chanda said the officers being trained would be instrumental in preventing sexual exploitation and abuses in the sectors as well as being ambassadors for AMISOM in their respective areas of operation.

AMISOM Deputy Chief of Staff, Col. Charles Byaruhanga who spoke on behalf of the Force Commander Lt. Gen. Osman Noor Soubagleh said the main aim of this course is to achieve the call of gender equality which is set in the charter of the United Nations Security Council Resolution 1325(2000) that is one of the primary and enduring responsibilities of the member states. 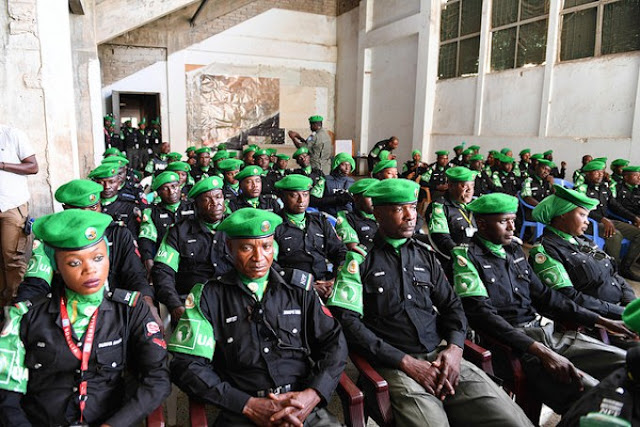 “I assure you that all training of gender will be supported by our office,” said Byaruhanga.

The training involves newly deployed officers in the five sectors of the country to train them on mainstreaming gender issues. The officers will act as the link between AMISOM headquarters and the sectors.