daajis.com:- Qatar Charity’s (QC) projects have lifted out hundreds of thousands from extreme poverty, and have mitigated the effects of drought.

Through the QC office in Mogadishu, hundreds of thousands of Somalis have benefited from relief and development projects, and social welfare aid provided by the charity in 2016.

Mohammed Hussein Omar, QC’s director of the regional office, explained in a report prepared by the QC office in Somalia that the charity has carried out 533 income-generating projects targeting different regions of Somalia in 2016. 133 dairy cows, 208 sheep, and 302 sewing machines were distributed to needy households, leaving a positive impact on the life of women, and enabling them to pursue productive careers. 47 shops, 4 mills, some carts, and 3 irrigation generators were distributed to help dozens of Somali youth make a living.
Construction projects

In the field of construction, Qatar Charity has achieved great success since it implemented more than 74 construction projects in the past year benefiting 44,096 individuals. 19 mosques, 42 Holy Quran memorising centres, six multi-service centres, 4 houses, a primary school and a health clinic were established by QC.

To solve water scarcity, QC has drilled a number of artesian and surface wells in Somalia to provide drinking water for more than 250,000 Somalis.

People of Somalia permanently need to get a helping hand, especially during the religious seasons as they have been groaning under continuous crisis for more than three decades. QC is taking this responsibility in a way they carried out fast-breaking projects in Ramadan, and distributed Zakat Al-Fitr, Eid clothing and Qurbani meat among poor families. The number of beneficiaries reached over 200,000.

In a response to the call of the international organisations and the Somali government begging for help in order to minimise the effects of the drought that hit large areas of Somalia, leaving disastrous effects on the population, QC has implemented various relief projects in 2016. Most recently, a campaign for urgent relief was launched to confront the drought in the central and eastern regions of Somalia. 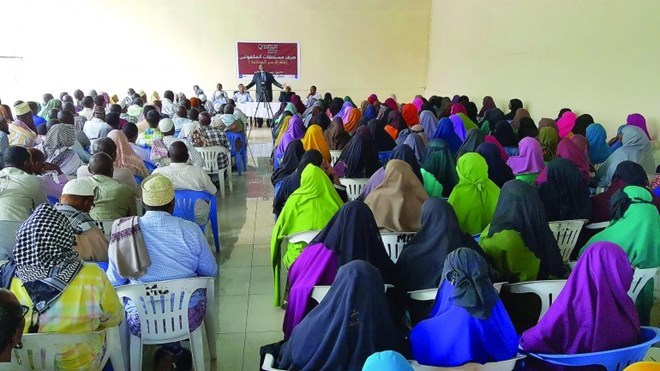 QC attaches great significance to social welfare. It is the first humanitarian organisation involved in social welfare in Somalia. It sponsored 13,561 individuals, including orphans, widows, poor families, and those with special needs.

QC seeks to strengthen its efforts in this field by implementing a variety of activities serving the sponsored people in order to promote their skills and develop their talents.