Robert Mugabe turns 93, vowing to rule on in Zimbabwe

Robert Mugabe turns 93, vowing to rule on in Zimbabwe

He will celebrate with his staff in a private ceremony in Harare while supporters use state media to send their annual gushing messages of goodwill and congratulations.

The main celebrations will be held Saturday at Matobo National Park outside Bulawayo, Zimbabwe’s second-largest city, and are expected to attract thousands of officials and ZANU-PF party faithful.

Large game animals are often slaughtered for the occasion. In previous years Mugabe has reportedly been offered elephants, buffalo and impala for the feast.

CALL TO STEP DOWN
Mugabe has ruled out any prospect of retiring soon, saying that ZANU-PF officials believe there is no “acceptable” alternative.

“The call to step down must come from my party… In such circumstances I will step down,” the state-owned Sunday Mail newspaper quoted Mugabe as saying in an interview aired late Monday.

“They want me to stand for elections… If I feel that I can’t do it any more, I will say so to my party so that they relieve me. But for now, I think I can’t say so,” he said.

“The majority of the people feel that there is no replacement, a successor who to them is acceptable,” Mugabe added.

The veteran leader came to power when Zimbabwe won independence in 1980 and his rule has been criticised for ruthless repression of dissent, election rigging, and for causing the country’s economic collapse.

ADVANCED AGE
Several incidents in recent years have highlighted his advanced age — including a fall in February 2015 at Harare airport.

In September of the same year he read a speech to parliament apparently unaware that he had delivered exactly the same address a month earlier.

Despite growing calls to step aside, his party has endorsed him as its candidate for general elections next year, and he remains widely respected as a liberation hero by other African leaders. 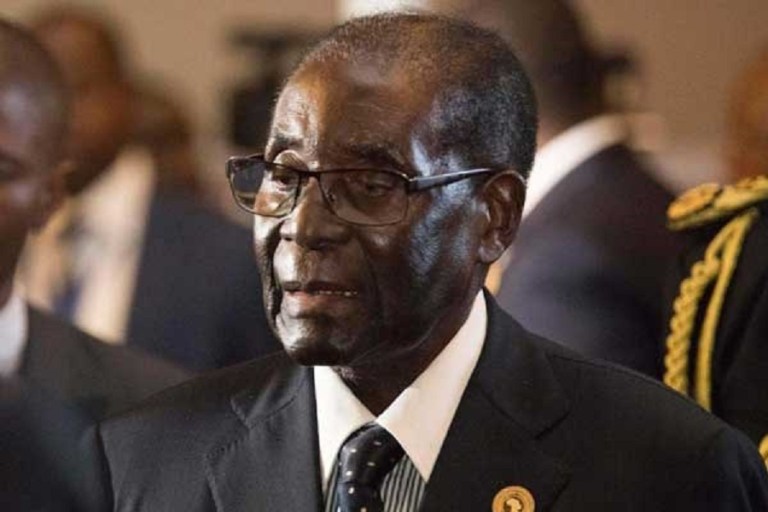 On Friday, his wife, Grace, claimed that Mugabe would be the voters’ choice even after he dies.

She has also vowed to use a wheelchair to transport him to election rallies if needed.
Mugabe has avoided naming a successor, and his party is divided between factions hoping to succeed him.

MUGABE’S SUCCESSOR
Grace, 51, was appointed head of the ruling party’s women’s wing in a surprise move that could make her a possible successor to Mugabe.

According to Bloomberg News, Zimbabwe’s economic output has halved since 2000 when many white-owned farms were seized by ZANU-PF supporters, leaving the key agricultural sector in ruins.