daajis.com:- Riyadh- The Custodian of the Two Holy Mosques King Salman bin Abdulaziz and Somali President Mohamed Abdullahi Farmajo have discussed aspects of bilateral cooperation and the developments in the region.

Farmajo’s trip to Riyadh was his first official foreign visit after his Feb. 8 election.

Earlier, King Salman received the Somali president at Al-Yamamah palace. Then a luncheon was held honoring the president. It was attended by princes, ministers and senior officials.

Later, the Deputy Crown Prince met with the visiting Somali official in Riyadh. 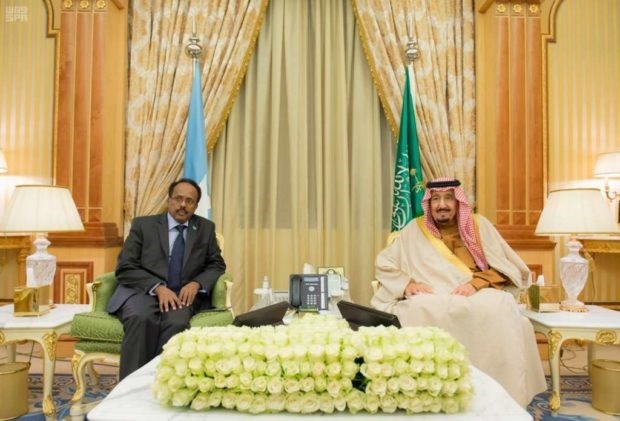 They discussed bilateral relations in all fields and means to enhance them, in addition to the latest regional developments. During the reception, the Deputy Crown Prince congratulated Farmajo on assuming power.

The meeting was attended by the Minister of Foreign Affairs, Adel bin Ahmed Al-Jubeir, and other senior officials as well as the accompanying Somali delegation.