daajis.com:- The American Swedish Institute and Somali Museum were forced to cancel Wednesday’s joint screening of the film “Nice People” after the only copy of the film with English subtitles available in the United States got lost in the mail.

“It really is a tempest in a teapot,” said Karen Nelson, ASI’s marketing and communications manager said.

A screening of “Nice People” had long been planned for Wednesday night at the ASI. In the proud tradition of “Cool Runnings,” the new documentary tracks a group of Somali men who immigrate to Sweden, where they establish the first-ever “bandy” team for their home nation and attempt to compete at the world bandy championships in Siberia.

Bandy differs from hockey in that players pursue a ball, not a puck, and the sport is played on soccer field-sized surface. The Guidant John Rose Oval, in Roseville, is one of the only regulation-sized rinks in the United States, and nearly all American players of the sport live in Minnesota. Given the local bandy connection, and the large population of people Swedes and Somali’s descent living in the Twin Cities, screening “Nice People” seemed like a very nice thing for the two museums to do. 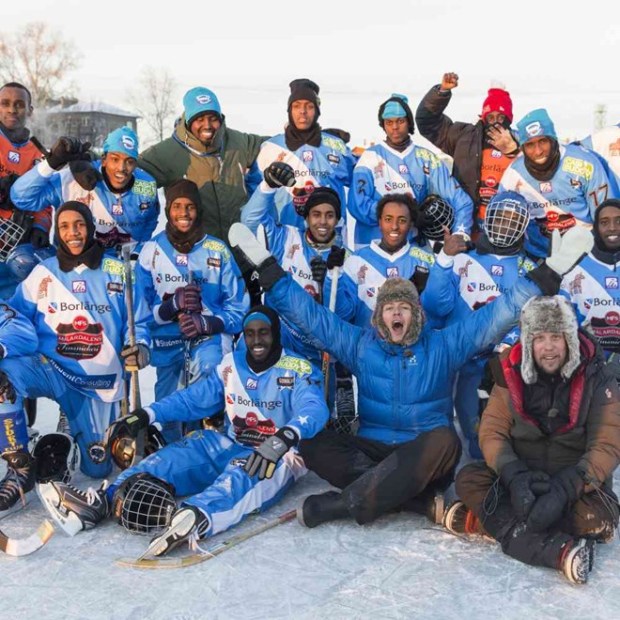 But unfortunately, Nelson said, the Swedish Film Institute sent only one copy of the film with English subtitles to the United States. Somewhere between Minnesota and the House of Sweden embassy in Washington, D.C., that copy got lost in the mail.

The sad news about “Nice People” came just days after President Donald J. Trump strongly (and falsely) inferred that Muslim immigrants have incited terrorist attacks in the Nordic country. Nelson did not know if the ASI would be able to reschedule the screening, however, she did encourage Twin Cities bandy fans to watch the Swedish-language version.