“Do you think the president and his team understand what it is to be a refugee?” asked CBS News correspondent Mark Strassmann.

“No. They don’t really think about who they’re affecting,” Zeytun said. “You leave everything in your old country just to get here. And it’s like a slap in the face. They don’t understand how hard it is.”

Over 100,000 Somali refugees have fled to the U.S. since 1991 to escape decades of civil war, famine and Islamic extremism.

Fifteen-year-old Shadia Saeed was born in the U.S. after her parents fled that war. 18 year-old Hamdi Abdi arrived a year ago.

“I thought America was like you … had many opportunities. There was always money and everyone was happy and you would actually meet humans and no one would actually want to kill you,” Hamdi said.

“And then you came … you had Trump. And he’s him. I guess ideas changed of what I thought America would be,” she continued.

“Most of us are looking for a second chance, you know. And I felt like as if he just, just was, like, ‘Oh, all Muslims are bad,’ you know,” Shadia said.

“Has this issue changed your view about what America represents?” Strassmann asked.

“Since the U.S. is a country of liberty, freedom and such. And then you ban all these countries that have weak economies and weak governments …  No one’s there to help,” Hamdi said. “Whatever the U.S. does affects every other country. You’re the leader, you should actually lead with some respect and dignity.”

“All over the world, it’s taught to be the country where people who have no hope, that’s where they go. But now you see that, you know, they’ve changed their, their core ideals. What they believed in. So they’re losing that special thing that they had for people all over the world,” Zeytun said. 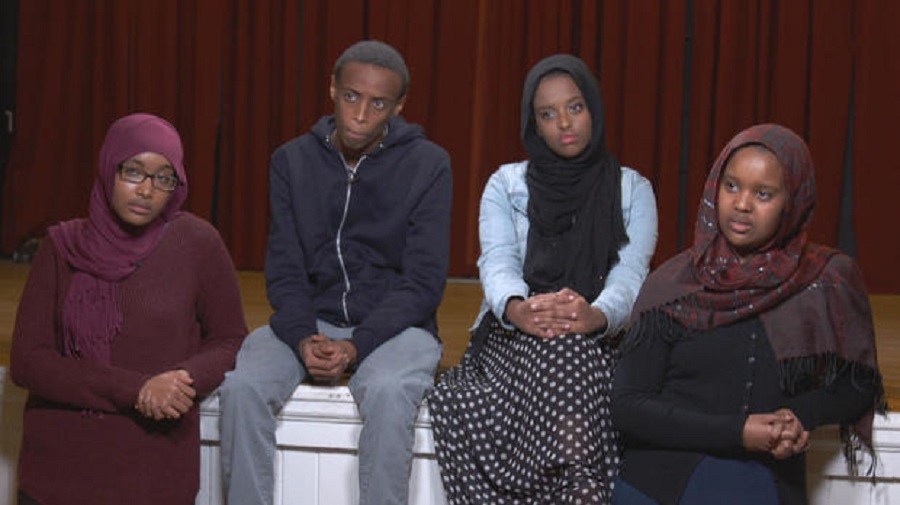 “If you had the chance to talk to President Trump about this, what would you say?” Strassmann asked.

“I would say you need to be more understanding of others, try to put yourself in other people’s shoes,” Abba said.

“Islam is not the enemy. All these Muslim countries are not the enemy,” Hamdi said. “Alienating all these other countries will not help you in the long run.”