daajis.com:- Ukrainian President Volodymyr Zelensky urged European countries to send more weapons at the online meeting of the Joint Expeditionary Force in London, Tuesday, March 15, 2022. The Joint Expeditionary Force is a conference of leaders in the Nordic and Baltic countries. The conference was to discuss the defense and security of Europe.
Arms shipments are considered Europe's way of protecting Russia's security by helping Ukraine. "We are all targets of Russia and all will be headed for Europe if Ukraine does not rise. So I want to ask you to help yourself by helping us," Zelensky said, quoted by Reuters.
How was Ukraine's weapons efforts during Russia's attack?
Russia warns the West not to supply weapons to Ukraine indiscriminately
Deputy Prime Minister of Russia, Sergei Ryabkov, warned the West not to supply weapons to Ukraine without thinking. He stressed that the move was very dangerous and would be a legitimate target for the Russian military.
Ryabkov explained that Russia would not make any concessions to the United States in terms of strategic stability. "I would not say that (Russia's previous proposal on security guarantees) remains in place. The (security) landscape has completely changed and now the situation is very different," Ryabkov was quoted as saying by Sputnik on Saturday, March 12, 2022.
Relations between Russia and the United States have worsened since Washington imposed sweeping sanctions on Russia's financial sector and economy. It was in response to the Kremlin's decision to launch a special military operation in Ukraine. 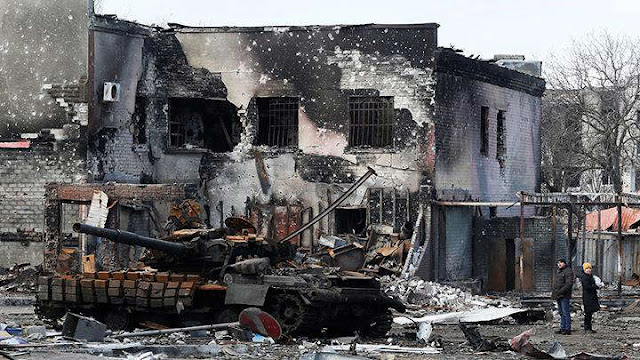 Ukraine needs more weapons
Zelensky said Europe knew the types of weapons Ukraine needed. Without support from Europe, it will be very difficult for Ukraine. He also stressed that Ukraine needs more weapons. "I really hope you can increase the scope and you will see this will protect your security," Zelensky said.
Russia calls on EU and NATO to stop sending weapons to Ukraine
The Russian Foreign Ministry calls on member states of the European Union and NATO, to stop sending weapons to Ukraine, on Saturday, March 5, 2022. Moscow is concerned that the portable Stinger anti-air missile could end up in the hands of terrorists. Russia considers the Stinger missile a threat to airlines.
EU funds arms for Ukraine
The European Union will toughen sanctions against Russia, target its ally, Belarus, and finance arms procurement for Ukraine. "For the first time, the European Union will fund the purchase and delivery of weapons and other equipment to a country under attack," European Commission President Ursula von der Leyen said.