daajis.com:- France has held a nationwide ceremony to mark the 10th anniversary of the terror attacks in Toulouse and Montauban.
President Emmanuel Macron, as well as predecessors Nicolas Sarkozy and François Hollande, attended the official commemoration on Sunday.
Citizens also held a rally against antisemitism to support victims of the shooting inside a Jewish school.
Four people — including a rabbi, the rabbi's children, aged three and five, and an eight-year-old girl — were shot dead by an Islamist gunman inside the Ohr Torah school in Toulouse on 19 March 2012.
Days earlier, the attacker had shot and killed three French Jewish soldiers in the city and the nearby town of Montauban. The gunman — identified as 24-year-old Mohammed Merah — was shot dead by French police after a 32-hour siege at his flat three days after the school assault.
The attack was the deadliest on Jews in France in three decades and marked the advent of a new threat from French-born radicals goaded by foreign terror groups to strike their homeland.
The man's brother, Abdelkader Merah, was later convicted in 2019 of conspiring to commit the attacks. He was handed a 30-year jail sentence by a Paris appeals court.
The defendant denied any involvement in his brother’s 10-day killing spree, which shocked the nation and is widely seen as a precursor to the 2015 Charlie Hebdo and Bataclan attacks.
Since the 2012 Toulouse attack, antisemitic attacks have been on the rise in France. In April 2017, Sarah Halimi, 65, was beaten and thrown out of her apartment window to her death by her Muslim neighbour. Almost a year later in March 2018, an 85-year-old Jewish woman, Mireille Knoll, was murdered in her apartment. 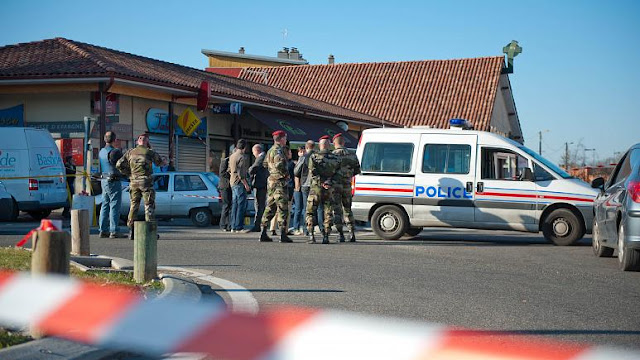 France "will never let antisemitism pass," said French Republican presidential candidate Valérie Pécresse during a visit to Toulouse on Friday.
"He who committed this barbaric attack wanted to attack the Jews of France and through them France, because when you kill a Jew of France, a Jewish child, it is France that is attacked," Pécresse said.
"France is fraternity, humanity, France will always remain standing and will never let antisemitism pass."