daajis.com:- Ukrainian President Volodymyr Zelenskyy's desire for the United States to facilitate the transfer of fighter jets to Ukraine (ex-Russian aircraft from Eastern European allies) to Ukraine is getting closer to reality.
This is because the United States and Poland are intensifying discussions on the possibility of sending fighter jets to Ukraine.
"We are now actively discussing aircraft that Poland might provide to Ukraine, and are looking at how we can refill them if Poland decides to supply those planes," said US Secretary of State Antony Blinken as quoted by Kontan.
During a visit to Moldova, Antony Blinken told reporters on Sunday (6/3) as quoted by Al Jazeera that although it has not yet been decided when the supply of fighter jets to Ukraine will be, he reiterated that discussions with Poland are very active.
Poland itself borders directly with Ukraine. 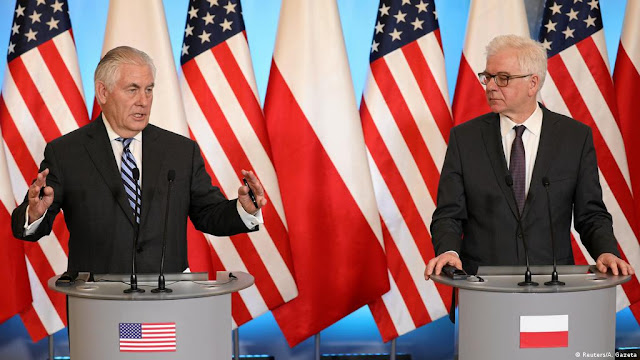 For information, Ukrainian President Volodymyr Zelenskyy in talks with members of the US Congress on Saturday (5/3), asked Washington to facilitate the transfer of ex-Russian aircraft from Eastern European allies.
Four US officials told Politico the two governments were discussing a deal, with the delivery of the planes being the biggest difficulty.
"We are working with Poland on this issue and in consultation with our other NATO allies," a White House spokesman told Politico.
For information, Australian Prime Minister Scott Morrison on Tuesday (1/3) approved funding of A$70 million or around US$50 million to help Ukraine meet its weapons needs.
Morrison also confirmed, the majority of new weapons funding for Ukraine will be in the lethal category.
"We talk about missiles, we talk about munitions, we talk about supporting them in defending their own homeland in Ukraine, and we will do that in partnership with NATO," he said.