daajis.com:-Austrian Chancellor Karl Nehammer will meet Russian President Vladimir Putin in Moscow on Monday, April 11, 2022 local time. Nehammer hopes he can help build bridges between Russia and Ukraine and stop the war.
The Nehammer meeting will be the first face-to-face meeting between Putin and an EU leader since Russia invaded Ukraine on February 24.
"I will meet Vladimir Putin in Moscow tomorrow. We are militarily neutral, but (have) a clear position on Russia's war of aggression against Ukraine," Nehammer wrote on Twitter on Sunday, April 10, 2022.
In addition to affirming Austria's position on war, Nehammer also stressed that humanitarian corridors, a ceasefire, a full investigation into war crimes are some of the things that need to be done.
Kremlin spokesman Dmitry Peskov confirmed to RIA news agency that President Putin would hold talks with Nehammer on Monday, April 11, 2022 local time.
The Russian leader has been largely shunned by Western leaders since the beginning of the conflict, although he met Israeli Prime Minister Naftali Bennett in the Kremlin in early March.
Nehammer's planned trip to Moscow came after he met Ukrainian President Volodymyr Zelensky in Kyiv on Saturday, April 9, 2022.
Nehammer told reporters on the Austrian news agency APA that the priority of his visit to Russia was to seek peace. However, he admits the chances of making progress are slim.
Austria has provided humanitarian assistance to Ukraine, including helmets and body armor for civilians. Austria did not send arms aid.
Nehammer has already informed other European partners of his visit to Moscow, including European Commission President Ursula von der Leyen, European Council President Charles Michel, German Chancellor Olaf Scholz, Turkish President Tayyip Erdogan and Ukrainian president Zelensky.
Not without obstacles, Nehammer's planned visit sparked criticism in several German-language media. At least one Ukrainian official also voiced his opinion.
Sergei Orlov, deputy mayor of the beleaguered Ukrainian city of Mariupol, told Germany's Bild that such a visit was unacceptable at this time. 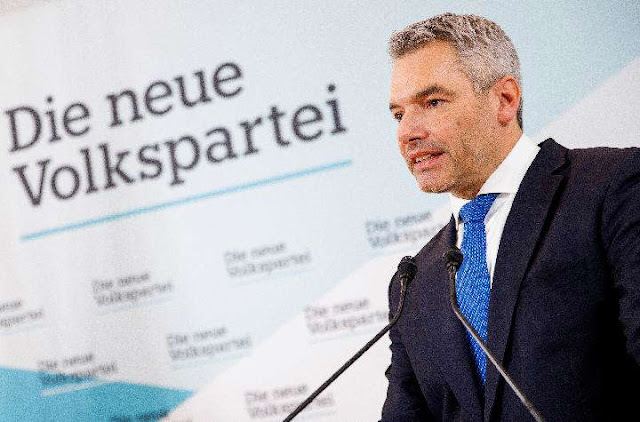 "The war crimes that Russia is committing today on Ukrainian soil are still ongoing," Orlov said on TV broadcast.
Orlov said he didn't understand how Nehammer's conversation with Putin would be after what happened in Ukraine.