daajis.com:- SINGAPORE: Former Speaker of Parliament Halimah Yacob is set to be Singapore’s first Malay president in more than 47 years, after the Elections Department (ELD) said on Monday (Sept 11) that only one individual qualified for the inaugural reserved Presidential Election.

Among those who submitted application forms, only one individual received both Certificate of Eligibility and Community Certificates, said the ELD in its statement which did not name the individual.

Halimah, 62, is the only candidate who automatically qualifies for the election having served as a Speaker of Parliament for more than three years.

Halimah will be Singapore’s eighth President and the first woman to hold the position as the country’s Head of State. The Returning Officer, Energy Market Authority chief executive Ng Wai Choong, will declare her as the elected President on Nomination Day on Wednesday.

Former President Tony Tan’s six-year term expired on Aug 31 and J Y Pillay – the chairman of the Council of Presidential Advisers – has been the Acting President since Sept 1. There will not be a poll and Halimah will start her term as President on Thursday.

It added: “The PEC and the Elections Department will not, in the first instance, publish the names of the unsuccessful applicants or the reasons given to them. This is to give effect to the recommendation of the Constitutional Commission that unsuccessful applicants should not be disclosed to the public, to reduce the prospect of potential applicants being dissuaded from stepping forward to contest the elections.”

But an unsuccessful applicant is free to publish the reasons given to him or her, ELD added. 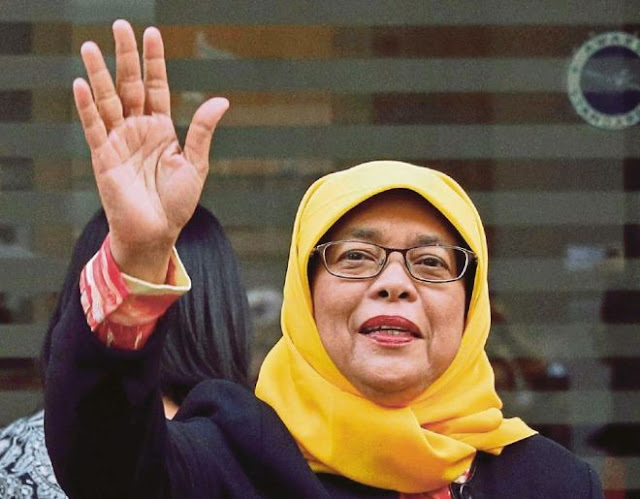 In Marican’s case, the PEC said it was satisfied that he held the most senior executive office in Second Chance and was principally responsible for managing and conducting its business and operations. However, his firm’s shareholders’ equity – which averaged about S$258 million in the last three financial years – was “considerably below” the requisite minimum of S$500 million.

Similarly, Khan’s firm had shareholders’ equity of between S$254.3 million and S$263.25 million over the past three financial years. In a statement, Khan said he accepted the decisions made by the PEC and the Community Committee. He thanked his family and supporters for their “overwhelming support”.

“Unfortunately, it is not meant to be. Nevertheless, it has been a meaningful journey and a wonderful experience. Although I am disappointed by the Committees’ decision, it will not stop me from continuing to serve the people. As before, I will continue to serve to the best of my abilities,” he added.

Marican also thanked his family and supporters, and said that he would “continue to serve Singapore in other ways”. He said: “I am disappointed that the committee did not see it fit to give me the go-ahead to take part in the Presidential Election. But this doesn’t mean my work to help my fellow Singaporeans comes to an end. My team and I will regroup to see how the effort to help our disadvantaged sisters and brothers can go forward.”

This year’s Presidential Election has been reserved for the Malay community, following changes to the Elected Presidency scheme passed by Parliament last November. The changes allow for the election to be reserved for a particular ethnicity that has not had an elected representative for five consecutive terms. President Yusof Ishak was Singapore’s first President and the only Malay to have held the office till he died in 1970.