daajis.com:- The war in Ukraine rages on after the invasion was launched by Moscow on 24 February.
Fighting has forced more than ten million Ukrainians to flee their homes and more than 3.5 million to flee the country, with thousands of people killed or wounded and widespread damage in the wake of shelling and aerial bombardments.
Follow our live updates below. 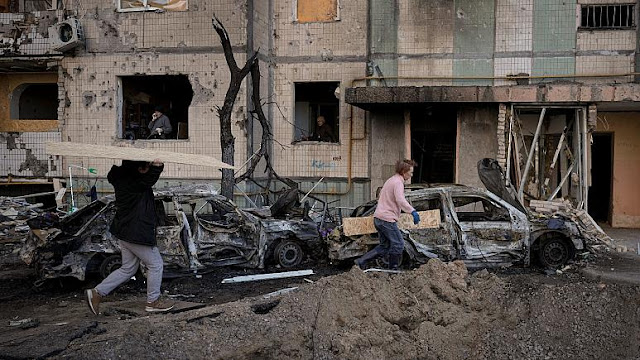 People carry wooden boards to cover the windows of a building damaged by a bombing the previous day in Kyiv, Ukraine, Monday, March